Reported by Americans for the Arts

Early Saturday morning, the U.S. Senate passed a tax reform bill along an almost exclusively party-line vote of 51-49 with all Republicans voting yes, except for Senator Bob Corker (R-TN), who opposed it for the $1.5 trillion in debt that would be created. 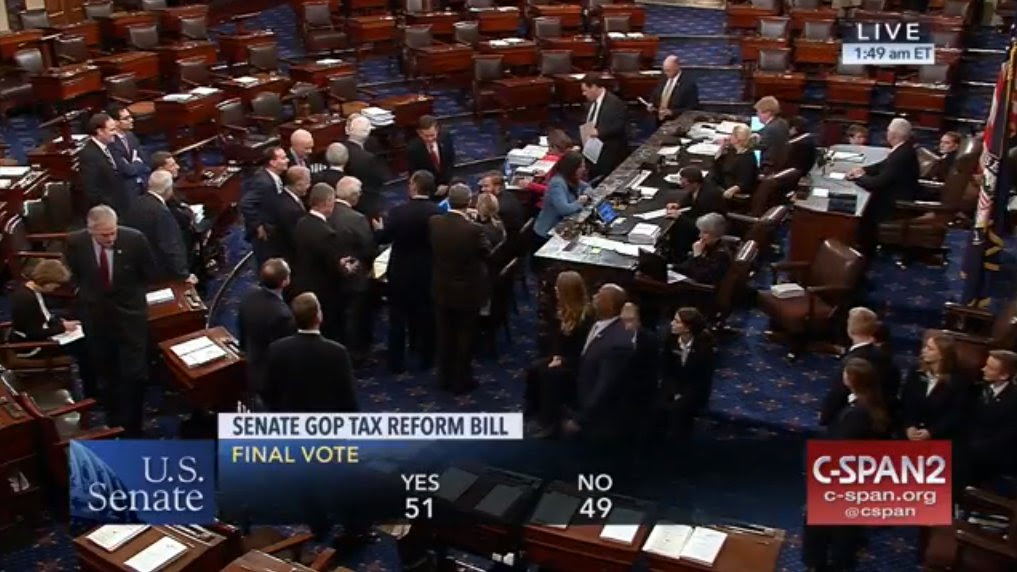 In a rush to pass far-reaching tax reform before year-end, both the House and Senate have passed separate but similar tax bills. Unfortunately, both versions of the tax bill would have a very negative impact on charitable giving. The bill now moves into a joint conference committee to negotiate a final, unified bill that can be signed into law by the President. It is anticipated that the ability to include any new provisions at this point will be severely limited, if not impossible.

What is the Status on Charitable Giving?

Because both the House and Senate tax bills propose doubling the standard deduction, access to specific incentives for income tax deductions of gifts to charity become severely limited to only the top five percent of taxpayers who itemize their deductions. Americans for the Arts and the charitable sector had actively supported the idea of a Universal Charitable Deduction so that the incentive to give to charities would be available to both itemizers and non-itemizers. However, Universal Charitable Deduction proposals offered by Rep. Mark Walker (R-NC) and James Lankford (R-OK) never made it into the final bill nor were given an opportunity for a floor vote.

Unfortunately, the nonpartisan Tax Policy Center estimates that charities, including nonprofit arts organizations, could see a staggering loss of up to $20 billion annually as a result of this tax policy change.

Data shows that the charitable deduction under both bills also will no longer be viable to 95% of all taxpayers because of the expansion of the standard deduction. That means:

What Do the Bills Mean for the Arts?

We are still reading through the latest proposals. Although there are some differences between the two bills, both bills overall fail the arts and cultural sector. Here is a preliminary summary of some of the other provisions in addition to the expected reduction in charitable itemizers that we’ve identified impacting artists and the nonprofit sector.